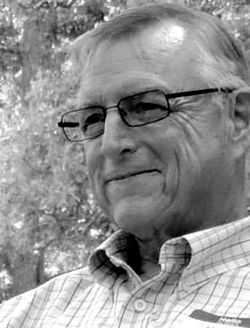 John Yearwood lives in Austin with his wife and two small dogs. After his honorable discharge from the USAF in 1970, he completed his education at Tulane and The University of Texas. He taught in high schools and universities for thirty years, and was an award-winning journalist for fifteen years. He has published hundreds of editorials and columns and thousands of news stories, as well as academic works on the First Amendment and the extra-Constitutional powers of the Presidency during times of crisis. He retired in 2012 and now volunteers part-time helping elementary students improve their reading skills, and assisting refugee immigrants when he is not writing. He loves walking in the woods, and often pretends he is hunting though actually he is admiring the fractal symmetry of trees. The Icarus Jump and The City and the Gate are his first two novels. The third novel in the epic fantasy Icarus series, The Gender of Fire, will be released soon. His fourth novel, The Lie Detector App, is set in modern California and follows the unfolding life of a genius kid who creates apps for the smartphone, and discovers there is truth everywhere if you know how to look. The Jar of Pennies, set in a small town in east Texas, is a work in progress.