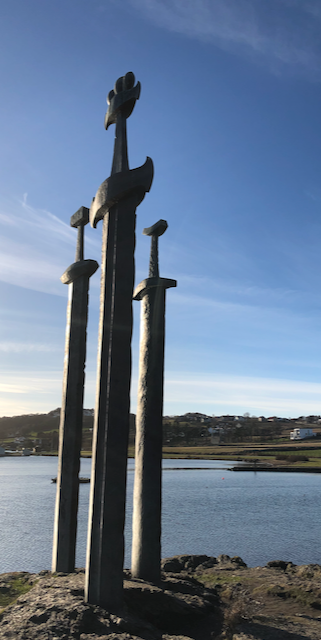 For the coming decade

Predictions of catastrophe are fairly common. Personally, I fear world war. The US withdrawal from peacekeeping will have dire consequences that will seriously damage the planetary environment and the continental US as ambitious nations rush to fill the void. Conflict is inevitable but world war is most likely. When world leaders embrace extremism and ignorance, as the current US president does, the results are not pretty. We will see the planet plunge into superstition instead of science, and hatred instead of charity. In other words, barbarity is rising. Racial holocaust is in our future if we cannot correct our course. Einstein’s famous prediction looks more true to me every day: “I don’t know how the next world war will be fought, but the one after that will be fought with sticks and stones.” I cannot understand why angry, old white men want to destroy everything, but it looks like a common psychological phenomenon.

On the more positive side, vast improvement in air pollution might be possible with greater use of wind and solar power. The rise of electric vehicles is wonderful: let’s see that technology at use in farming and large trucks! Meanwhile, improvements in internal combustion engines and automotive transmissions are already reducing air pollution. Next: we need to seriously curtail planet-wide plastics use, or mandate manufacturing changes to plastics to improve the ways they degrade into biologically available hydrocarbons. I’d like see more use of natural gas and methane, if we can improve combustion to produce only CO2 and water vapor. And I’d like to see technologies that help us capture CO and CO2 for processing into carbon and oxygen (plants have been doing that for a billion years; why can’t we?) Our medical advances in the last five decades are also wonderful, but have far to go. The current treatment protocols for cancer are brutal if necessary. Advances in oncology should help. Instead, of course, the US government prefers to ignore this problem and officially assumes that cancer is a lifestyle problem that individuals bring upon themselves. This is because a superstitious and ignorant president has surrounded himself with superstitious and ignorant people. So medical advance has slowed in the US, as has every other form of scientific research. Regardless, the best hope for our foreseeable future is science.

At the moment, the industrialized world has plenty to eat. This could change overnight. Environmental catastrophe in the US Midwest in the 1930s combined with economic piracy in world markets created the dust bowl and the depression. These were significant factors in the rise of war in the 1940s. We should heed the lessons of history. Famine has always been a common threat to humanity, and USA threat that never goes away. In the midst of our abundance, we should pay attention, or billions will starve.

in 2030 I hope to see these things: a world at peace, armed conflict replaced by education and medicine, abundant food and energy from renewable and non-polluting sources, and a sense that all of us humans are in the same boat traveling through galactic space and must work together by valuing one another.